A thread went around among LHP Tweeters awhile back, asking/speculating about the “god” vs. “demon” distinction. Unsurprisingly perhaps, my kneejerk response was “well, the entities I’m involved with are obviously both”. The topic is sufficiently interesting, though, that I thought it deserved lengthier reflection. Hence the blog post that follows. 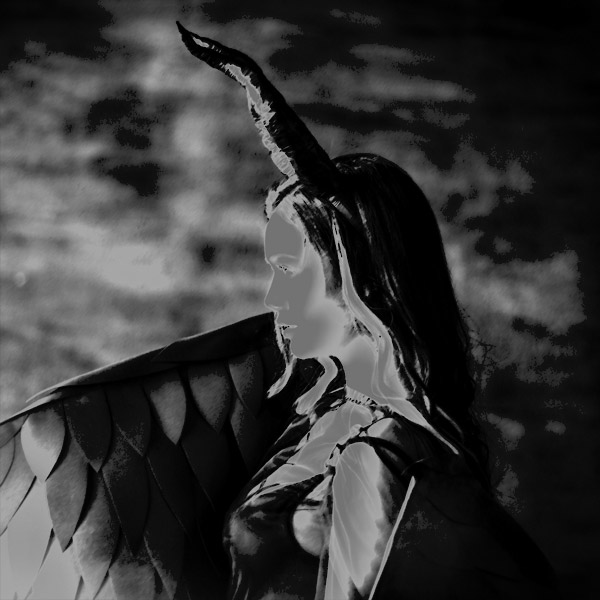 In exploring the question of the distinction between gods and demons, the following perspectives seem worth considering:

I’ll address each of these in turn below. I’m not so much aiming to establish the “correct” meaning of these terms, i.e. if other people use them differently, all good, do your thing. Rather, I’m mainly seeking to clarify my own thoughts as to what distinguishes these different spiritual “kinds” from one another. I thus hope the proceeding discussion may be thought-stimulating for others reflecting similarly, even if we wind up disagreeing.

Where I’m ultimately going with this: to me, it seems each of these contexts generates a different definitional distinction. Each definitional distinction is meaningful and useful within the specific context from which it arises. The difference in meaning between different contexts, however, detracts from the general usefulness of the terms. Therefore, while I don’t object to calling entities “god” / “demon”, I often opt for other terms for said beings.

What I here call an anthropological / sociological perspective is not based on any specific works / theories of those disciplines. Rather, I use such framing because the angle in question pertains to the role or function of a “god” / “demon”, relative to a human community. If one were studying such a community academically, how might one meaningfully use such a distinction?

My proposal here is:

It follows that in most societies, “gods” will be the entities venerated by mainstream right-hand-path religions. “Demons” will be those venerated by countercultural left-hand-path religions. But if the left-hand-path were to become dominant, and the right-hand aberrant, the categories would reverse accordingly. One could also reframe the terms when reframing the discussion around a smaller subgroup, e.g. “Satan is a demon to Christians, but a god to Theistic Satanists”. Either way though, majority opinion is what is under discussion, not metaphysical differences between “types”.

Let’s consider, next, the perception of the individual believer. Individuals can use the preceding distinction: “The entity I worship” receives recognition and approval from society at large (god) – or, it does not (demon). But it seems to me that there is also a different distinction that can be captured at this level. It is as follows:

Picture the Renaissance magus. He calls up certain spiritual entities to assist him with procuring knowledge, earthly fulfillment, or etc. Nonetheless, he thinks of himself as a good monotheist. His relationship with God is of a different nature than his relationship with goetic demons. Therefore, the latter does not adulterate the former in his mind.

Does this kind of distinction capture a metaphysical difference between entities, or just personal choice? I suspect it is mostly the latter. Some demonolators give regular offerings to a goetic demon to express emotional connection, without demanding a specific task in exchange. Or, a Hoodoo conjurer might evoke a saint while throwing a trick, without being a devotee of that saint otherwise. No doubt some entities prefer one type of relationship with humans over another. Ultimately though, I think it’s a spectrum more than a clear-cut distinction.

The supernatural entity’s own perspective

Now, what about actual entities: under what circumstances might they think of themselves as “gods” vs. as “demons”? Here, too, one could use either of the preceding definitions. The entity knows it has the love of many (god)… or, that it is, shall we say, “an acquired taste” (demon). And/or, the entity wants love + commitment to a particular lifestyle from its humans (god)… or, it cooperates when it sees shared interests with humans, but doesn’t care beyond that (demon). I think, though, that there is also another way that these terms might reflect an entity’s own self-image:

Both labels are somewhat subjective, but both pertain more to metaphysical actualities than the previous definitions do. Some entities are more powerful than others. And some entities are more in-tune with Darkness than others – and hence, more subversive. The question in either case is, to what extent does the entity’s self-image revolve around these elements? If a big part of “what makes me, me” for it is power (and/or ego), in that sense it’s a “god.” If, on the other hand, it’s strife-seeking, then in that sense, it’s a “demon.” An entity could thus be one or the other, both, or neither.

Finally, let’s try applying the definitions above to the Nekalah.  (Worried about my “friends”, here? Read this!) This yields:

So, if someone asks me which the Nekalah are, my short answer is “both”, because 1) “demon” acknowledges their original source being what’s widely known as The Worst Form of Satanism Ever; 2) “god” reflects my own experience, being myself a Tenebrous sorcerer; 3) “both” is how I think they would answer. The sheer need to break things down to such a degree, though, speaks volumes re: why I don’t find the terms very useful!

There is a threefold distinction between types of supernatural entity that I do use. If you’re not familiar, take a look at the glossary’s explanation before proceeding below. What I’ll do now, though, is offer a few observations re: patterns in my categories’ mappings onto “god” vs. “demon.”

Tellurians: this term encompasses such vast variety that it can have no inherent meaning relative to the “god” / “demon” distinction. In all three of the senses above, some Tellurians are gods, and some are demons.

Celestials: these beings are on a mission to “save” humans from fleshly attachment. This motivates them to seek positions of influence over humans, get humans to identify with them, amass power, and combat “Dark-aligned” beings. One would thus expect to find a fair number of Celestials among what any definition is inclined to call “gods.” I personally don’t like calling them “gods,” though, lest that reinforce power that I already dislike them having.

Sinistrals: among these beings of Darkness are some who seek to awaken humans to realities contrary to Celestials’ purposes. Unsurprisingly, then, religion often demonizes them. Thus, while Sinistrals can readily be “gods” in the second or third definition’s senses, they are almost always “demons” in both the first and third definition’s senses. I personally don’t like calling them “demons,” though, because when other people use the term “demon” (in any of the three senses), the entities they refer to are often ones I would class as Tellurians. Goetic demons whom grimoires associate with acquisition of wealth, sex, etc., for example, I’d say are often Tellurians, not Sinistrals.

Upon reflection, I’d say that in casual conversation – i.e. without fully unpacking all of the above – I tend this way:

Bottom line then being, I don’t see “god” and “demon” as precise terms meaning only one thing. Nor do I use them that way.

What are your thoughts on using these terms? To what extent do you agree or disagree with the definitions I’ve offered here? Let me know in the comments.

Why the Inverted Cross is a Valid Satanic Symbol

Magick vs. science in Tenebrous Satanism