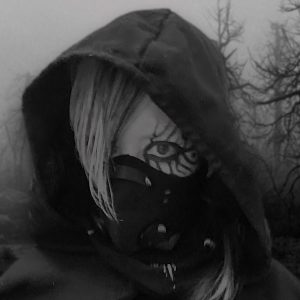 Welcome to the website of T. L. Othaos, author of Nine Keys of Abyssal Darkness (forthcoming in 2023) and founder of Tenebrous Satanism.

Scroll down to read my latest blog posts, or check out these annual round-ups of all entries: 2022 | 2021

Also, don’t forget to sign up for my mailing list to receive a once-a-month round-up of recent posts, and news about Nine Keys of Abyssal Darkness!

Here’s a quick round-up of everything I’ve written on this blog in 2022:

A couple sources of inspiration…

…and a couple more personal entries

Certainly there have been some bright spots this year, foremost being that my ever-ongoing string of synchronicities involving a certain black metal band has now wound up connecting me with an unexpectedly excellent consort. 🖤  In areas impacting my productivity, though, this has not been the best year for me.  Between having surgery, being ill no less than four times, and assorted work-related disruptions, many things have not gone as smoothly as I would have liked.

Nonetheless, on Xmas day I finished approving all changes that emerged out of the professional editing of Nine Keys of Abyssal Darkness.  The main things still remaining to do are largely in such areas as formatting, cover design, and other such pre-publication errands.  I also have a certain amount of additional work to do now in rendering past blog entries consistent with stylistic changes I’ve made to the book – something I’ll be posting updates about on my social media as things proceed in the next while.

As I discovered during this last year, it is perilous to predict a release date when one hasn’t written a book before and hence lacks a full grasp of what all is involved.  At minimum though, I do badly want to get to where I would be able to announce a release date by August 2023, if not before.

As always, thanks to everyone who has supported me on this blog, on Facebook, and on Twitter as my journey continues…

The last time I posted an update on Nine Keys of Abyssal Darkness was about six months ago. I therefore thought I’d say a bit about that here today. Doing so helps me take stock of where I’m at, in addition to satisfying others’ curiosity re: current progress.  There’s also some links to previous blog entries in here, for those who may have only started following recently…

Here’s a quick round-up of everything I’ve written on this blog in 2021:

On the doctrine and practice of Tenebrous Satanism:

On my personal views and experiences as a Tenebrous Satanist:

Black metal bands who have inspired me:

To lastly touch on an update I issued in November: my day job’s situation is evolving in a direction that will cause it to totally monopolize my time from January to April.  So I suspect the June-August range of 2022 may be most realistic re: the earliest I anticipate Nine Keys of Abyssal Darkness going to print.

So that’s it for 2021. Big thanks to everyone who has supported me on this blog, on Facebook, and on Twitter throughout this initial part of my journey!

With only a month left in the year, it’s become apparent that 2021 publication for my book isn’t happening. I’ve heard from many sources that the final phase of publishing one’s first book tends to inevitably run longer than expected. Certainly that is part of what’s happening here. Additionally though, there is simply an incompatibility between the rhythms of my day job and making progress at the moment. In such circumstances, one gains nothing by trying to rush to meet a self-made deadline. And so, given said work rhythms, something in the range of April-August 2022 is likely more realistic. Below are some details re: the book’s status, though – mostly taking stock for myself, but sharing for those curious…