I mentioned previously that I was considering doing “I read this book, so that you don’t have to” -type posts. The current post is of this nature. Its focus is a book entitled The Black Path, which describes a supposed left-hand-path variant of Sufism. I’m under the impression there are controversies both with the group described therein, and the work itself. Regardless, I found many ideas in this book spoke to my own spirituality. Hence my desire to mention a few of them here.

Contents hide
1 Introduction: is The Black Path a controversial book?
2 General contents of The Black Path
2.1 Introduction
2.2 Chapter One: Origins
2.3 Chapter Two: Instructions
2.4 Chapter Three: Practices
3 Concepts in The Black Path that appeal to me
3.1 Cosmology overview
3.2 Observations about cosmology
3.3 Entities
3.4 The Secret and the Beast
4 Concluding thoughts 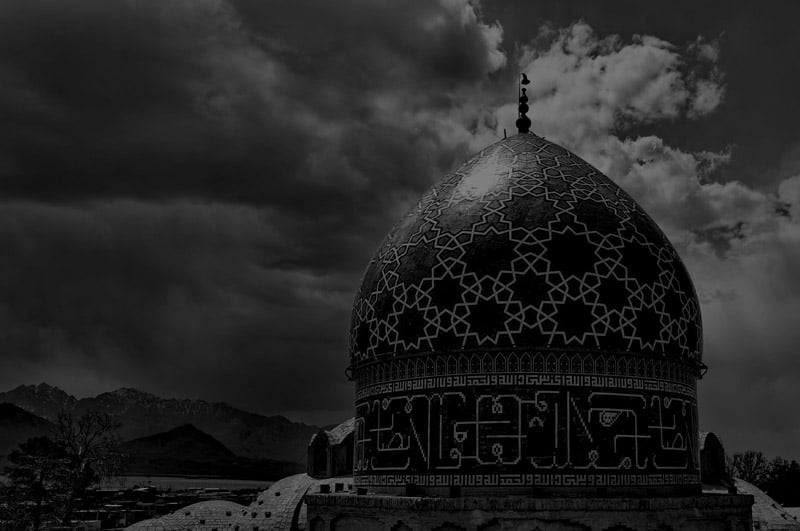 Introduction: is The Black Path a controversial book?

Before getting into what interests me in The Black Path, it’s worth acknowledging a few things:

Given 1, I emphasize that endorsement of part of a book like this is not endorsement of the whole. Nor need it imply endorsement of other books by the same publisher. (I have read both Iron Gates and Liber 333, and did not find either particularly captivating.) The principle is the same as “Tenebrous Satanism can take inspiration from O9A without endorsing everything O9A stands for.” If you do not see that as a valid concept, this blog is not for you.

Re: 2, I do not personally endorse animal sacrifice. I therefore find such practices described in the book anthropologically-interesting, but not relevant to my praxis.

Finally, about 3 & 4: this entry isn’t trying to present “facts” about a “real” group with any eye to “authenticity.” It’s just “I read this thing, it says this, and here’s how it intersects interestingly with my own beliefs.” I could do the same exercise with an obscure religious scripture, an academic ethnography, or a fantasy novel.

General contents of The Black Path

As a general overview for those who may be curious about the book, The Black Path is subdivided as follows:

The book opens with a narrative account of a Westerner who encounters non-mainstream Sufi groups in Algeria and Tunisia. He observes a ritual in which djinn possess people, who tear apart a ram with their bare hands. The name of the leader of the group is Cheikh Azzedine. Azzedine tells the narrator a story about how, in his youth, he suffered extreme “spirit sickness” / possession, culminating in a mystical experience in which Azazel inspired him to found a “Satanic” form of Sufism. The Westerner is intrigued by all this, and concludes his “calling” is to present Azzedine’s doctrines & practices to the world – i.e. hence, the book you’re reading.

This part provides some history. It distinguishes between Aissaoua, the Sufism one encounters in this part of Africa that mainstream Muslims are uneasy with, and Azzedine’s even-more-heretical subvariant. It includes a high-level overview of the group’s cosmology, organizational structure, etc.  I get the impression from a few web searches that the general Aissaoua part of this information is at least somewhat legit.  My inability to find anything about the Azzedini that doesn’t refer back to this book, however, is why I hesitate re: is the subvariant “real” or what.

Whereas the previous section entailed third-person description, this section entails Azzedine explaining key philosophical concepts in first-person.  The narrator gives an account of the Cheikh’s own words regarding such topics as “the Secret,” Bay’ah (initiation), Tariqa (esoteric lodge), Wahsh (the “Beast”) and The Shaitan.

This section describes the set-up of ritual spaces, tools used in ritual, devotional techniques, and general flow of rituals. It also highlights several specific djinn who are called upon by Sufi groups in this part of the world. The resultant picture, dominated by ecstatic trance as it is, is more evocative of Voodoo than of mainstream Islamic practices.

I’m guessing the case for “closed practice” is pretty evident even from the fairly-little I’ve described here. The tradition entails initiation and study under a master, within an exclusive group. The book describes rituals vaguely, enabling one to picture them, but without enough info to perform them on one’s own.

I’m thus not going to pretend to understand this book’s contents under anything other than my own spiritual idiom. What I did grasp, however, struck a much stronger chord with me than I typically get reading, say, most Luciferian books.

Concepts in The Black Path that appeal to me

Chapter One of The Black Path describes general Aissaouan cosmology. Allah creates three worlds, each coming to be inhabited by different kinds of beings: prophets & angels in the celestial, djinn and humans in the terrestrial, ghosts and devils in the infernal. All ought to acknowledge Allah as supreme, but some humans and djinn rebel against him. Two paths enable salvation from hellfire. One is religion, i.e. making war against one’s own animal impulses and overcoming them, as per mainstream Islam. The other is esoteric, i.e. instead of overcoming animal impulses, transmuting them into strengths. This is the approach of “normal” Aissaouan Sufis.

Azzedine’s sect of Aissaoua, however, believes something different. I’ll paraphrase it as follows:

Upon reading what I’ve just described, I was struck by a parallel between these concepts and my own. The Haawiya is comparable to the Abyssal Void of Darkness. The primordial beings remind me of Sinistrals, and the Light and its forces of Celestials (link defines both kinds of beings). The former are acquainted with the “true” nature of existence, vs. the latter are in denial, resulting in dysfunctional behavior.

This is not to say that my own beliefs match Azzedine’s in all respects, for note the following differences:

These differences aside, though, the general drive of this narrative appeals to me a lot. The key thing here is, although it resembles Gnosticism, it rejects the anti-worldliness I so dislike about that philosophy. Transcending the world does not mean renunciation, it asserts, since the world is still a reflection of the Absolute. It also frames the goal of “reunification” as expansion of self, not annihilation.  Through such details, it avoids typical right-hand-path tropes of self-negation.

When going into more detail about rebels against the Light, The Black Path mentions there being two factions. One is led by Iblis. The other is led by Azazel.

This works on a couple of levels for me:

Note: demonolatry has its own views about which of these beings are / aren’t “the same as one another”. I need to read more on that front re: do said folks think Lucifer & Azazel are the same, related, or totally different. So on this subject, I’m not making any claims about “what theistic Satanism thinks” except regarding my own case.

The Secret and the Beast

These are two concepts described in Chapter Two of The Black Path. Both are spiritual links to the Absolute.

The Secret is an active link to the Absolute. Azzedine offers an extended analogy to a flame, passed down from himself to his followers. He also says it is “a small part of the Haawiya which exists in this world, just as this world is really inside the Haawiya” and “the breath of the Shaitan.” It is both a source of spiritual power, and a force that transforms the practitioner in a “dark” manner.

The Beast, on the other hand, is a passive link to the Absolute. It bears a resemblance to what the West might call “the passionate soul,” and what the East might call “rajas.” Azzedine’s take is Darker than these, though, describing it as an inner “monster,” always angry at the “wrongness” of existence. Essentially, it’s a part of the Absolute within each person that knows the Light has imprisoned it. Because of it, humans rebelled against Allah basically as soon as he created them. During Azzedini possession experiences, it gets to “be itself,” via predatory and chaotic behavior.

Both of these concepts are evocative of what comes to my mind with the Satanic phrase “The Black Flame.” They also remind me of the interpretation of alchemical sulphur in some O9A works – i.e. sulphur, not mercury, being the most-evolved alchemical element. The point, in either case, is that left-hand-path practices can awaken sinister inner capacities. In one sense, Darkness is an ever-present inward reality, involved in dynamics of raw, animalistic desire and assertion (Beast). In another sense, though, awareness of Darkness is something one attains through spiritual effort, empowering one to strive yet further (Secret).

The Black Path‘s full discussion of the above concepts contains many nuances and paradoxes I can’t fully communicate here. Such complexity is a part of why I find the book evocative, though. My thought about the Abyssal Void of Darkness contains similar complications. In both instances, self-contradictory elements (e.g. the book is not consistent re: are Shaitan and Azazel entirely distinct or not) occasionally arise because we are trying to talk about spiritual realities that are hard to put into words. And no matter how one puts it into words in the end, the result is partly accurate and partly misleading. I thus don’t think it’s a vice to have multiple narratives / ways to articulate one’s spiritual reality.

Again, I get it if the publisher’s reputation is an obstacle for some when it comes to wanting to engage with this material. Nor am I unsympathetic to rationales why it might not be worth engaging with (if wholly fictional) or appropriate to engage with (if “closed”). Nonetheless, I enjoyed this book considerably more than the vast majority of other left-hand-path or “theistic Satanism” -type books I’ve read in recent years. Therefore, if anything I’ve discussed here intrigues you, I suggest keeping an eye out for it.

The Lost Art of Suspending Judgment